Rapporter was a Ruby on Rails and R-based, partly open-sourced, notebook-like reporting SaaS developed mainly between 2011 and 2014 in Hungary and Serbia, by a small but enthusiast group of R developers — focusing mostly on infrastructure, security and technology, and much less on business development.

So despite some promising pilot projects in various industries on multiple continents (e.g. quality assurance in education, precision dosing mobile application, stock trend analysis, financial risk scoring, IT security, grant reporting etc.), the founding team decided to put the project in maintenance mode after a couple of years of bootstrapping, and departed for other full-time projects to earn a living.

Although some components of Rapporter are still alive and maintained (see such as the pander R package), the production SaaS cluster was eventually stopped in early 2022 — after 10+ years of service, over 1M generated reports, 1 TB of R objects replicated in a network filesystem, and tons of great moments.

For a quick look & feel of the project, click and zoom in on the below screenshots: 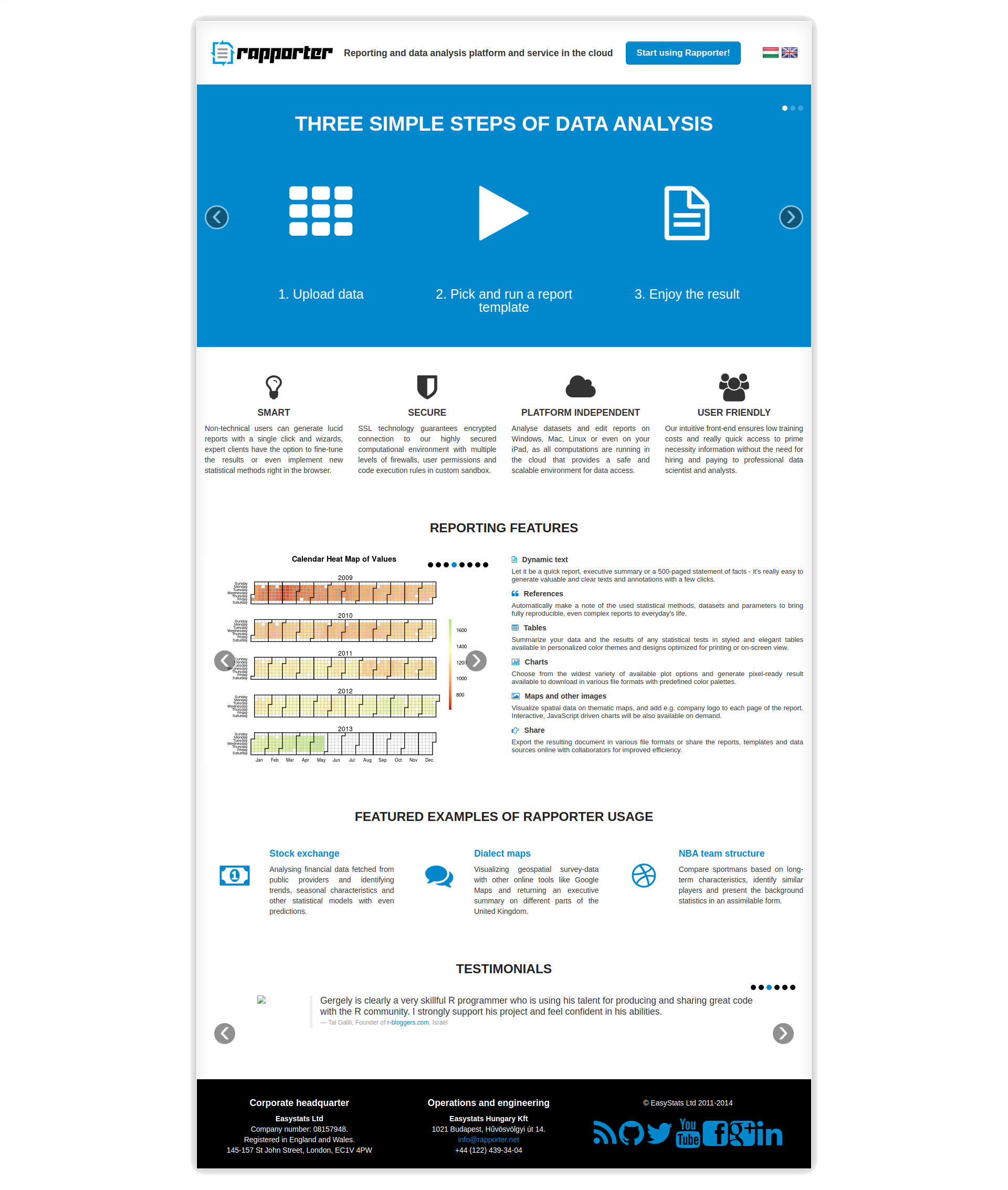 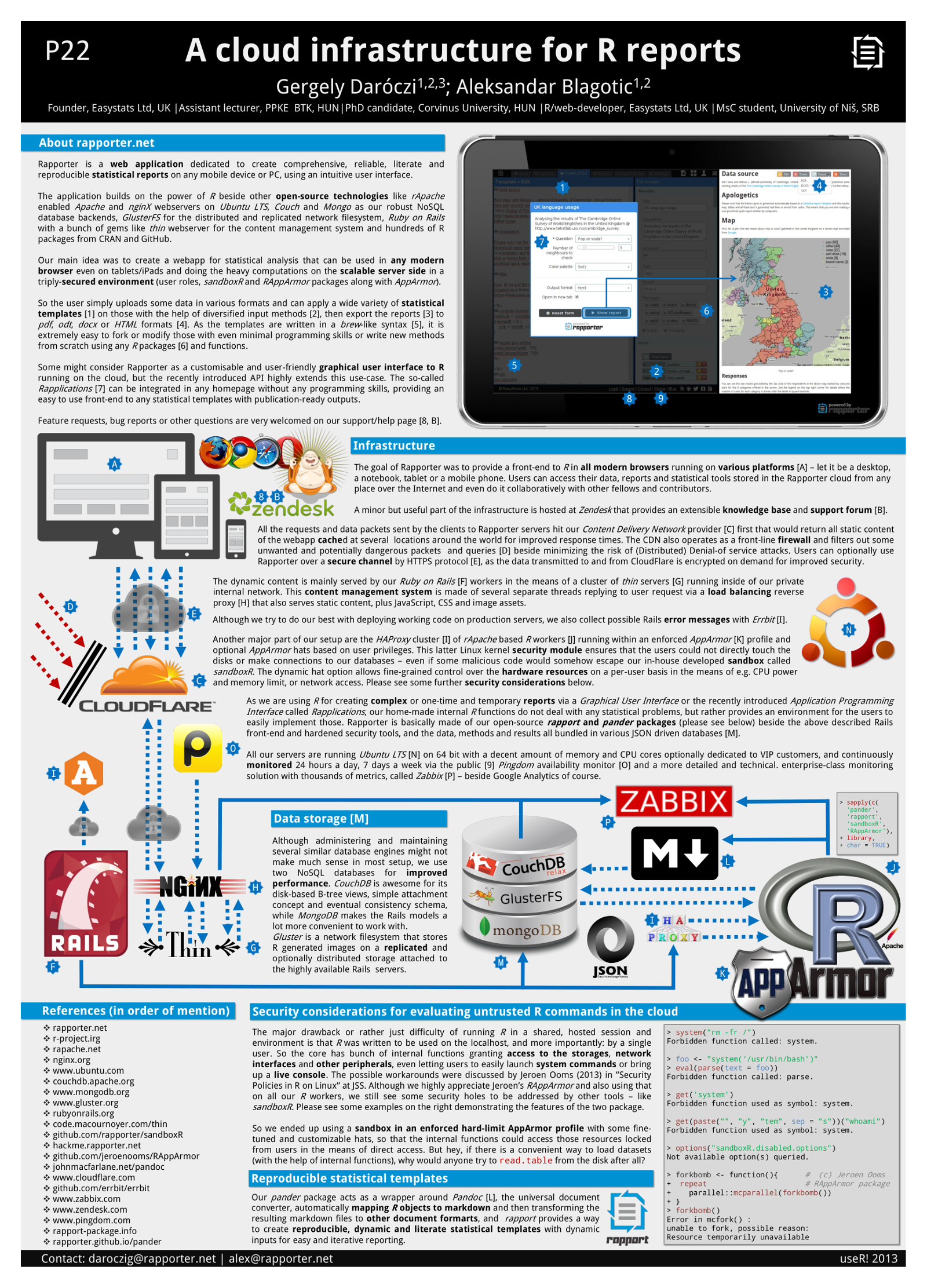 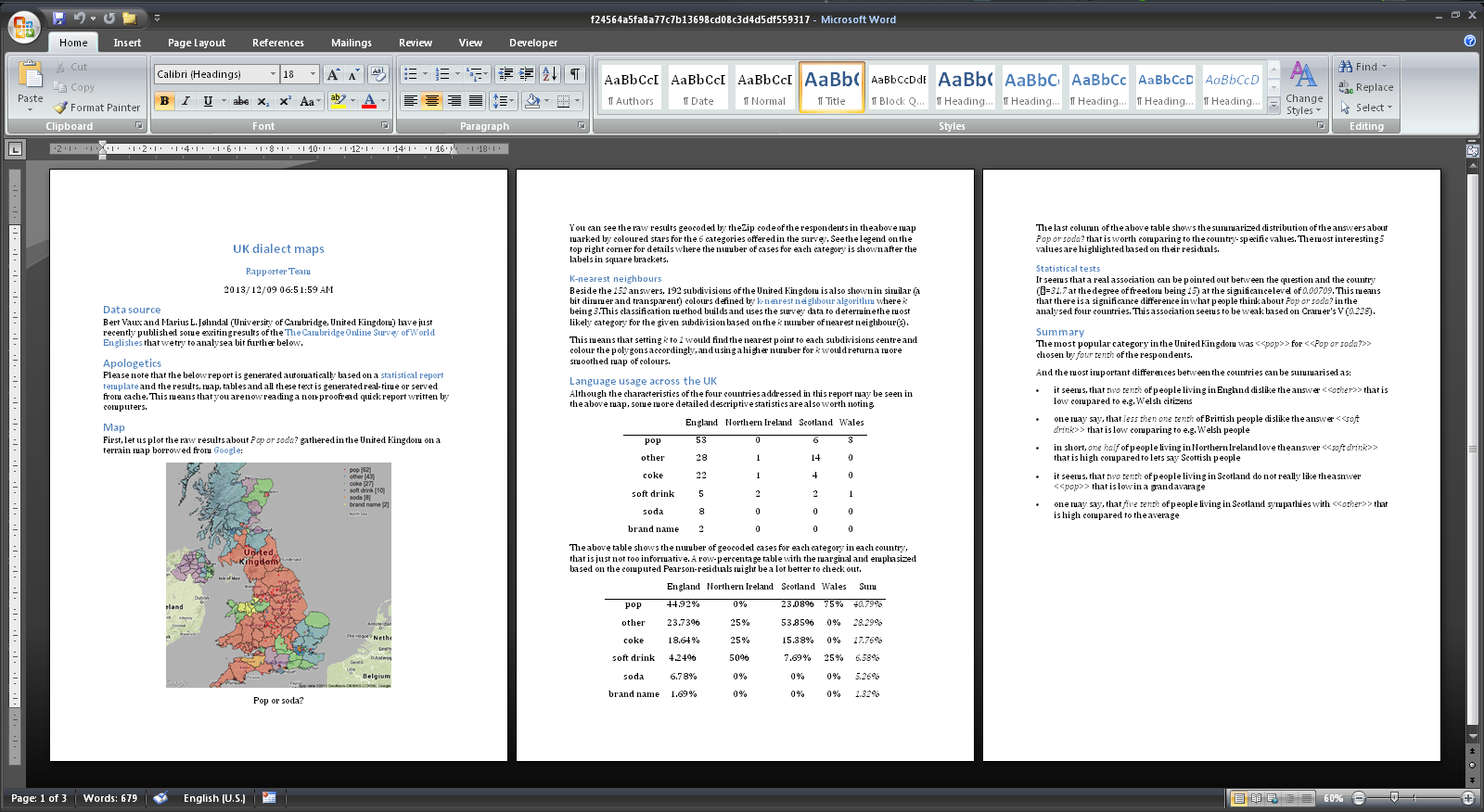 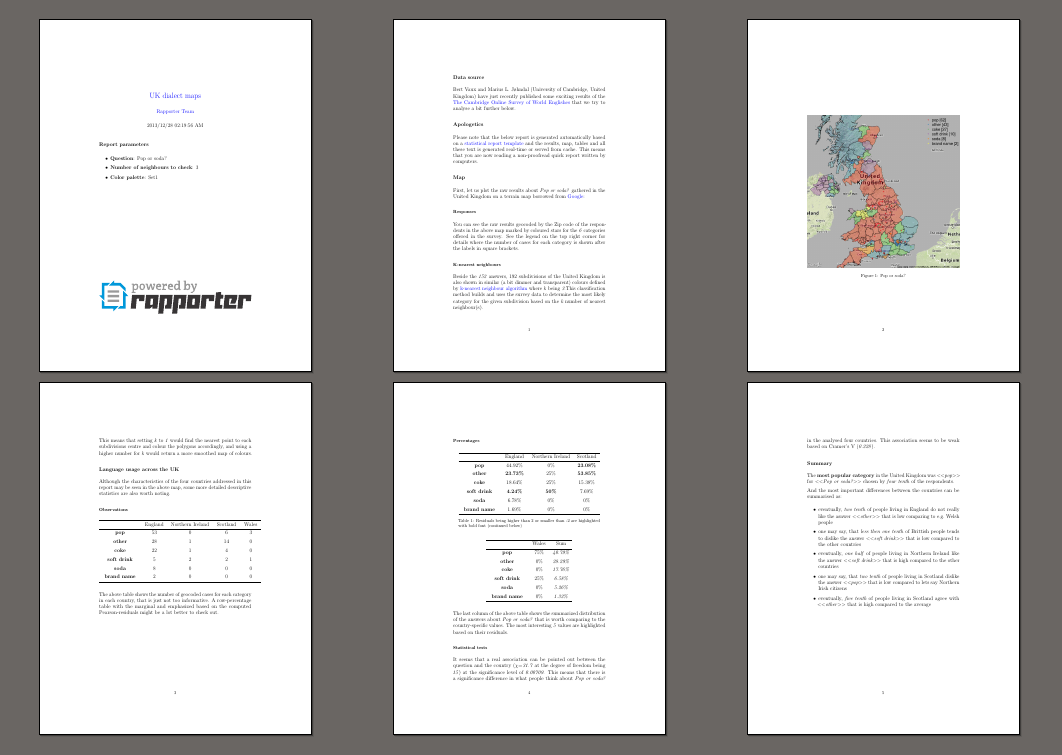